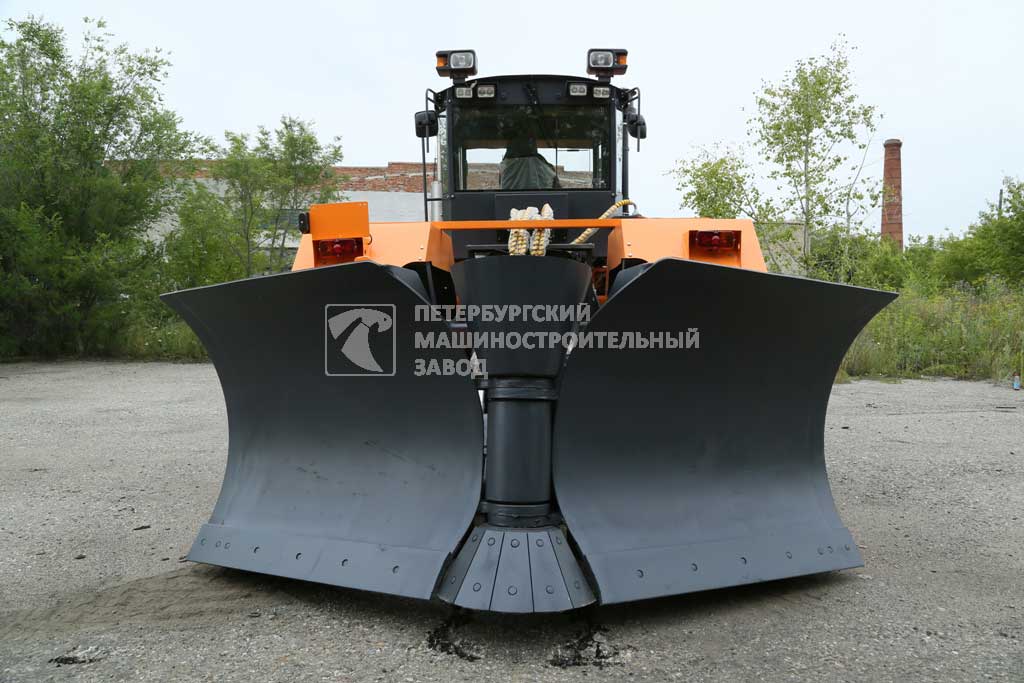 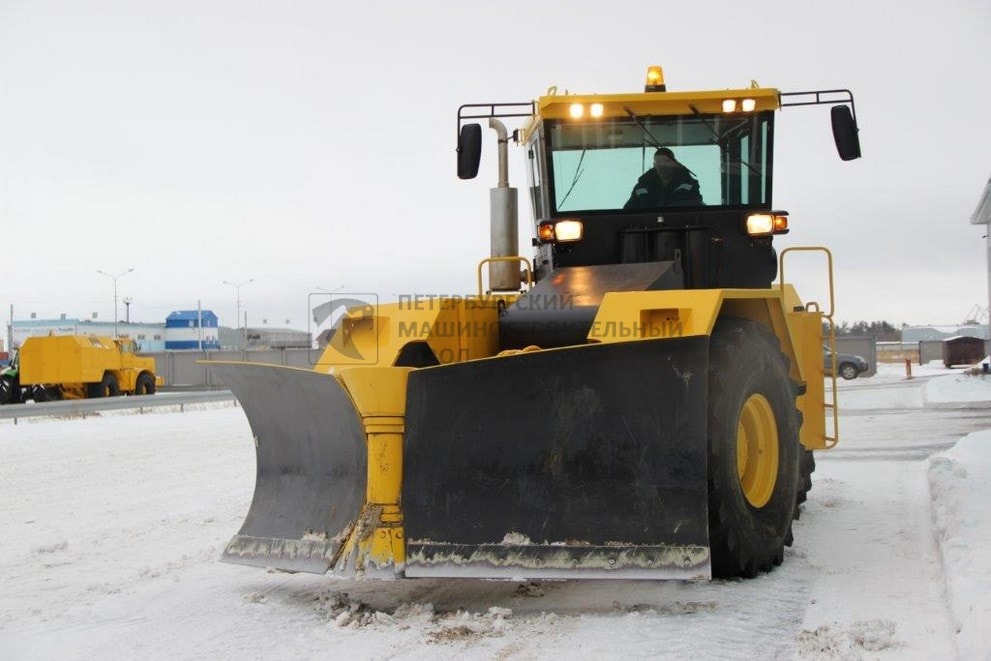 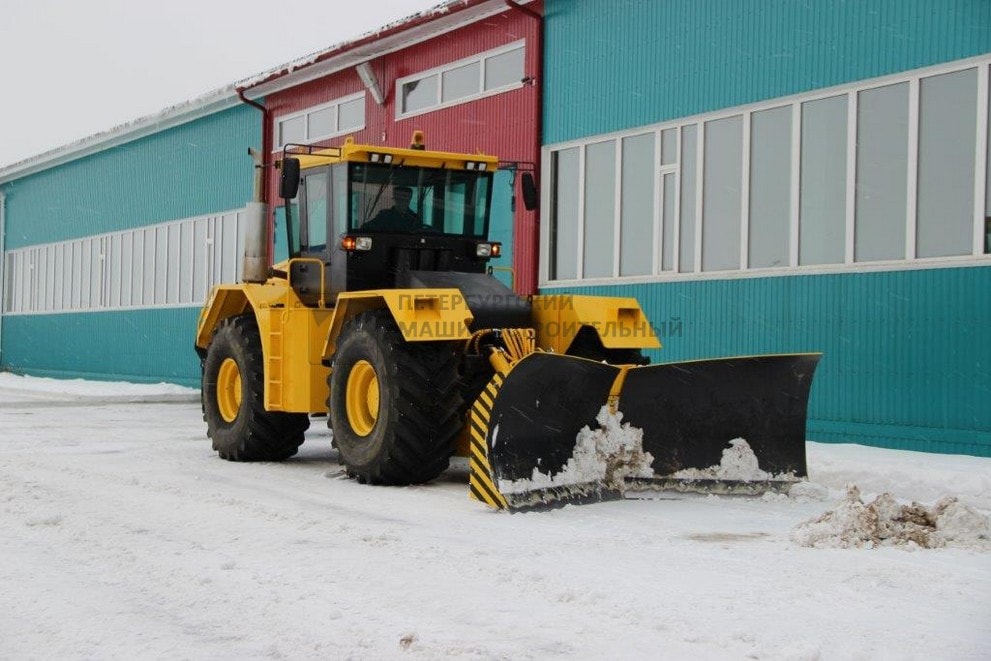 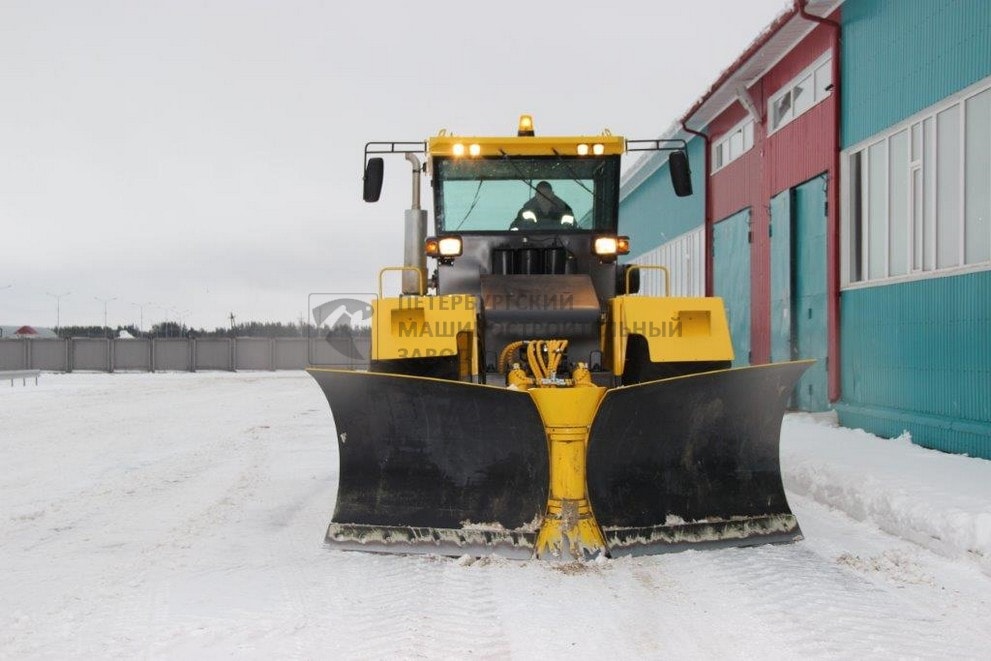 When designing a bulldozer for a wheeled universal bulldozer "STANISLAV-704-BKU-LANDMASTER" the experience of the production of army BATs (Bulldozers on an artillery tractor) was applied. The main feature of this bulldozer that distinguishes it from the mass-produced one bulldozer "STANISLAV-704-BKU-LANDMASTER" is a complete set of multifunctional bulldozer equipment with variable geometry of the LANDMASTER blade. Working item of equipment are the right and left parts of the blade hydraulically controlled from the tractor cab and the possibility of installation in four working positions. The blade is equipped with removable optionally - rigid bottom knives. The advantages of the Landmaster® dozer are visible with the naked eye: Placing the blade in a wedge-shaped position allows punching a pass in places where the previously produced BKU could not cope. As practice has shown, this dump capable of punching a path in heavy frozen soils. Dozer mounting angle of Landmaster® equipment to the grader position has been increased to 300 setting in the grader position was 250), in addition, the deviation of the right and left parts dump forward allows the formation of an embankment. Bulldozers universal wheeled LANDMASTER are used both for working with heavy soils and for working with snow and ice, in particular for the construction and maintenance of winter roads.

The basic configuration of the STANISLAV-704-BKU-LANDMASTER bulldozer includes:

The plant guarantees prompt delivery of the required amount of tractor machinery and equipment. All tractors are covered by an official warranty.